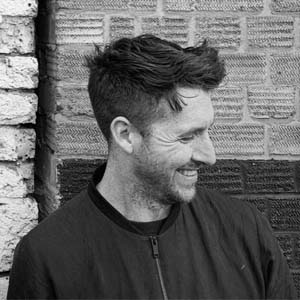 Nick Davies is a natural storyteller with a reputation for highly cinematic, innovative and emotive work across film, television, commercials and music videos. Commercially, he humanises brands by bringing a sense of drama and passion, working with clients including Barclays, Mailchimp, Intel, Google, Nike, YouTube, Facebook, Stella Artois, The National Lottery, Dr Martens and FedEx. His Channel 4 Diversity in Advertising Award-winning work for Starbucks has been praised by consumers and press alike for its authenticity, sensitive direction, and for the respectful handling of its subject matter.

Nick’s work has been nominated at the Grammy Awards and MTV MVAs, and has won a host of awards across advertising, film and TV, including a prestigious Grierson award for Channel 4 documentary ‘Payday’. His latest feature film, ‘Rudeboy’ was described by the Hollywood Reporter as “a visually slick celebratory affair… this love letter to one of Britain’s first multicultural pop movements is an effortlessly enjoyable viewing experience with a rich, sunny, consistent uplifting soundtrack.” The documentary has been screened at more than 30 film festivals, including a world premiere at BFI London Film Festival, US premiere at DOC NYC, IDFA, CPH:DOX, Doc N Roll and In:Edit, winning multiple awards.