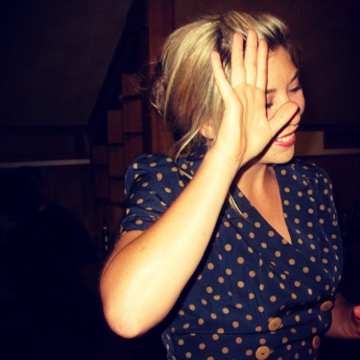 Zoe’s work thrives on finding unique characters and unearthing the stories that live inside. When it comes to hunting down unique characters for film and commercial work, she’s in her element unveiling these best kept stories. Finding the truth in any performance she's at home directing one of New Zealand’s most notorious Mongrel mob gangsters, and hanging out in boxing gyms and caravan parks where she discovered her main cast for her latest award winning short 'The World in Your Window'.

Her genuine love of people and documentary background provides an authenticity, depth and nuance. Her most recent short film 'The World in Your Window' is a heartwarming tale of grief, family and circumstance and was awarded the prestigious Jury Prize at the 2017 Clermont-Ferrand International Short Film Festival, and won Best International Short Film at; Melbourne, Flicker Fest, Short Shorts Asia, Tahiti Film Festival and Vancouver Women in Film International Film Festival. It is also a contender for the 2019 Oscar’s. Beyond her impressive success as a documentary and narrative filmmaker, Zoe has also shot campaigns for a host of major brands, including ALDI, Cadbury, Sky TV, Spark, ASB and YWCA. Zoe was named Cannes Lions Young Director of the Year in 2013 and she judged the 2017 D&AD Awards.