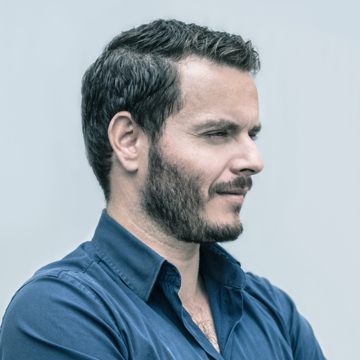 Pierre is an awarded French commercial director based in Los Angeles, recognised worldwide for his TV commercials, game trailers and VR experiences. His style has developed over fifteen years of working in advertising and making films. Projects including, ‘La Ferrari’ for Swiss watchmaker Hublot, ‘Polo S’ for Piaget featuring Ryan Reynolds and ‘Elixir Ultime’, Kerastase’s first ever television campaign, exemplify his unique style.

Clients including Nike, Lancome, Disney, Cartier and hundreds of others have chosen to work with him and his work has featured celebrities, such as Buzz Aldrin, Tony Bennett, Kate Moss, Emma Watson, Olivia Culpo, Chris Lee, Robin Thicke, Sting and Conan O’Brien.